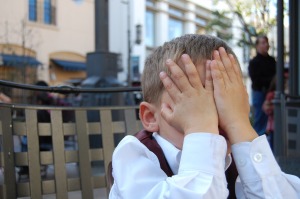 A couple of months ago, I wrote about the tax consequences of the Donald J. Trump Foundation paying $25,000 to the Pam Bondi campaign for attorney general in Florida in 2013. While most folks are focused on whether the payment was a bribe, I still see signs of a mismanaged charitable organization. I suggested that the political contribution could lead to the Foundation losing its exempt status and should require it to pay some excise taxes. I also said that there was enough questionable information for the IRS to open an audit of the Foundation. Well, last week, David Fahrenthold reported that Donald Trump recently paid $2,500 to the IRS as a tax for that impermissible political contribution made by the Foundation. This action leaves a lot of odd unanswered questions that I write about here.

Jeffrey McConney, the senior vice president and controller of the Foundation, told the Washington Post that Trump himself filed paperwork with the IRS alerting them to the improper political contribution from the Foundation, paid a 10% excise tax, and returned the $25,000. McConney states that the Foundation believes this should end the problem because the Foundation has done everything it has “been instructed to do”. While some have assumed that the IRS had communicated with the Foundation, it is not clear who did the instructing.

What does the payment of a $2,500 excise tax tell us about how the Foundation views what happened in a tax law sense?

The other possibility that also seems consistent with the reporting is that Trump paid a self-dealing excise tax under section 4941 of the Code for the Foundation being used to pay a personal obligation of Trump. If this is the case, Trump would file the form (Form 4720 too) and pay the tax, which is again 10% of the amount involved ($2,500). However, contrary to the way the Foundation has described the matter to the press, that tax does not turn on the fact that the expenditure was a political expenditure. Instead, it turns on a disqualified person using a private foundation to further his own private interests.

Whichever $2,500 penalty was paid, it is hard to figure out how the other tax would not also be due.

If instead of the self-dealing theory, the Foundation has filed a Form 4720 admitting to a political expenditure, then Trump also must have received some of the income or assets of the Foundation. Trump has made clear that this was his own personal obligation by paying the $25,000 back. And, paying it back cannot make it so that this payment on his behalf did not happen three years ago. To do so would be to make 4941 easy to get around. When you get caught, just pay the money back. Importantly, there is no knowledge requirement in the case of the self-dealing of a disqualified person. (See IRM 7.27.15.3.1)  Finally, to see why I think the payment to a third party can be self-dealing under 4941, consider Revenue Ruling 77-160. It held that the payment by a private foundation of a disqualified person’s church membership dues was a self-dealing transaction under section 4941(d)(1)(E). Surely the more secular payment of a $25,000 political contribution on behalf of a disqualified person should be considered self-dealing as well.

Under both excise taxes, there is also a tax on management who knowingly violates the particular provision.  Donald Trump is the president of the Foundation. We now know for certain he intended to pay $25,000 to the Bondi campaign because the Foundation refused a repayment from the Bondi campaign and allowed Trump to repay the Foundation instead. Trump also is quoted in a paper from the time stating that he did pay the Bondi campaign, and right next to the quote is the fact that the payment came from the Foundation. Thus, it seems possible to reasonably conclude he owes the management taxes. However, the burden of proof rests on the commissioner in such cases under section 7454 making it unlikely that the Service would prevail on this issue.

The Foundation says that it has now done all things it has been instructed to do to correct the problems it created by this political contribution. Obviously, given what I say above, that seems questionable. But there are other issues. For one, we still do not know if Trump paid the interest on the $25,000 over the past 3 years. All of this could be considered independent violations of section 4941, which prohibits a loan to a disqualified person. There would be another 10% excise tax on the amount of the interest that accrued to the benefit of Trump.

The Foundation may need to also pay a tax under section 527. Section 527(f)(1) imposes a tax on the lesser of the amount of a political expenditure or net investment income of a section 501(c) organization if that 501(c) organization intervenes in a political campaign. The Foundation seems to accept in the latest reporting that it intervened in a political campaign even if it was by mistake. 527 also uses no knowledge requirement to impose the tax. In 2013 the Foundation reported $4,033 of net investment income. It is possible that the Foundation might have deductions to offset that amount. The tax would be at the highest rate under section 11 of the Code or 35%. If the Foundation had no deductions , the Foundation would owe $1,412. If the Foundation determines it owes this tax, it should file a Form 1120-POL. Assuming the tax is owed, I see no reason that this tax was not due and owing in 2014 for the 2013 taxable year such that failure to file penalties and failure to pay a tax under section 6651 should be considered as well.

(As a side note, the fact that the Foundation claims in its Form 990PF that it earned only $4,033 when it ended the year with over $1.3 million in endowment is an oddity too. The Foundation seems to earn a very small amount of interest on its savings and temporary cash investments. While the Dow Jones Industrial in 2013 earned 26.5%, the Foundation appears to have earned less than .3% on its savings. This could raise real concerns for the Foundation under state nonprofit corporation law (duty of care) or under the Uniform Prudent Management of Institutional Funds Act. New York adopted its own version of this Act in 2010, so it should govern the management of the funds of the Foundation. There are duties to diversify assets and generally to try to manage the investments well for the public beneficiaries of the funds of the Foundation. The fact that the Foundation made a political expenditure so carelessly  and publicly, and more recently as discussed below became involved in promoting the Trump campaign, also raise state law duty of care concerns.)

The Foundation should almost certainly correct its false Form 990 PF. On that 2013 filing, it failed to disclose the political contribution to Bondi’s campaign and in fact stated falsely that a contribution was made to a Kansas charity called Justice for All. Perhaps there may be no general explicit duty to amend  under tax law as there is no statute direct on point. However, it seems reasonable to believe a private foundation managing money in trust for the benefit of the public should be held to a higher standard of truthfulness. Also, it may be that the false information on the Form 990-PF amounts to the failure to provide correct information on an information return that is penalized under section 6652(c)(1)(A)(ii) of the Code. The Foundation should certainly take that possibility into consideration as it considers a need to file an amended return. Section 6652(c)(1)(A) seems to contemplate the need of a charity to correct materially false information on its return. This would subject the Foundation to failure to file penalties not to exceed $10,000.

Should the Foundation lose its exemption over this act? Probably not – at least, not over this particular act alone. Intervening in a political campaign is absolutely prohibited as is allowing the income of the Foundation to inure to the benefit of its founder. The Bondi transaction has by Trump’s own admission one or the other of these impermissible acts. An interesting issue in this situation assuming the Foundation has paid the section 4955 tax is what is the Service’s position on whether 4955 is an intermediate sanction, or a sanction in addition to revocation. In 2002, relying on the legislative history, the service said in a CPE article: “In summary, Congress intended the Service to impose the IRC 4955 excise tax in addition to revocation for expenditures to intervene in a political campaign and to impose the tax instead of revocation in the limited situations where the expenditure is unintentional, small in amount, and the organization has adopted procedures to prevent future similar expenditures. See H.R. Rep. No. 100-391, 100th Cong., 1st Sess. 1623-1624 (1987) ” Is this a limited situation of small amount? Maybe.  In any case, the IRS has generally not pulled an organization’s exempt status over one such incidence.

I still believe the IRS should open an audit of the Foundation as CREW has requested. The patterns are deeply problematic. It’s lack of transparency in this particular circumstance and its failure to address all potential violations is concerning in and of itself. A charitable organization holds money for the benefit of the public. The public deserves much more transparency than it has received thus far on this matter. While Donald Trump himself may be able to keep his own tax returns private, his Foundation should be much more open and transparent than it has so far been.

I suggested previously that the Foundation might owe a tax under section 4945 because that is the provision that applies to private foundations that engage in a political expenditure. Hill and Mancino in their treatise on tax exempt organizations seems to suggest that 4945 political expenditure may take precedence over 4955. However, 4955(e) seems to me to preempt 4945. The language is that where a tax under 4955 is “imposed” there will be no taxable expenditure under 4945. Thus, I think 4955 is the tax to apply to the private foundation in this case.

Some might wonder whether the second tier taxes under 4941 or 4955 might apply. They do not kick in though until the IRS has been involved and sent a notice of deficiency or assessed a tax. We have no indication that this has happened yet, and will likely never know. The Foundation or Trump would have to disclose this fact.