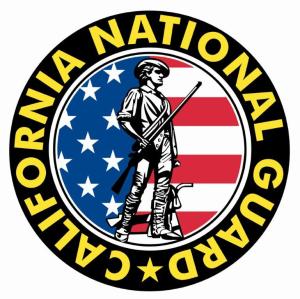 Yesterday, both my Facebook and WBEZ told me about how the Pentagon is clawing back bonuses it paid—a decade ago!—to members of the California National Guard as reenlistment bonuses. [Update, 10/26/16: today, Defense Secretary Ash Carter ordered the Pentagon to suspend its efforts to claw back the bonuses. Note, though, that there’s no indication that it will return any portion of bonuses that have already been clawed back, so the tax issues still stand, afaik.]

The whole story is pretty enraging, but, so that I don’t bury my particular lede too far: though the stories don’t discuss the tax consequences to the soldiers, the soldiers are likely to miss out on significant deductions that they deserve.

To understand why, you need to know about the clawbacks. I’ll let the LA Times do the hard explanatory work, but in brief: in the mid-2000s, the military was facing recruitment shortfalls, so it started offering super-generous incentives to the military to get them to reenlist, and it paid those incentives (often $15,000 or more) upfront, essentially replicating private sector signing bonuses.

As a result of fraud and mismanagement by California National Guard officials, it turns out that many of the people who received these reenlistment bonuses should not have received them (though it’s worth noting that, in the news coverage I’ve read and heard, there’s no reason that the people who received the bonuses would have known that they shouldn’t get them). And now the Pentagon has required the California National Guard to claw those bonuses back.

What does that mean? The soldiers who received these bonuses—10 years ago!—must repay the amounts they got (and already spent) or face wage garnishment and tax liens. The human stories here are outrageous, and the LA Times presents them.[fn]

But, of course, my first thought was, What are the tax consequences?

There’s probably a clear answer, but the question is not as frivolous as it originally appears.

The outline of the law is clear: if you get money under a claim of right, you have to pay taxes on that money. Ten years ago, when the government paid these reenlistment bonuses, the soldiers included the amount in their gross income and paid taxes on it.

The question becomes, what do you do if you have to repay that money in a subsequent year? The law’s pretty clear here, too: you can’t amend your earlier tax return. Instead, you can take a deduction in the year that you repay the money, provided there’s some provision of the tax law that allows for the deduction.

Here, there probably is: working is a trade or business, and section 162 allows a deduction for trade or business expenses. Section 162, though, is an itemized deduction, and subject to some limitations of an itemized deduction. Also, it may not match up to the original inclusion: there’s no interest on the overpayment, and the deduction is at a taxpayer’s current marginal tax rate. If the soldier pays taxes at a lower rate in 2016, when she repays the bonus, than she did in 2006, when she received the bonus, her earlier tax payment will be higher than her current deduction.

In 1954, Congress passed section 1341, which fixes some of these problems. Basically, under that provision, if a taxpayer (a) received money under a claim of right, (b) later has to repay that money, and the repayment qualifies as a deduction, and (c) the amount is greater than $3,000, her deduction will the higher of what it is at her current marginal tax rate or what it would have been at her marginal tax rate in the year she paid taxes on it.

Although section 1341 doesn’t allow for interest, it puts her in a pretty good position. But there are still some problems.

The problems mainly derive from the fact that there’s not a ton of precedent around section 1341, and what precedent there is largely deals with these claim-of-right issues for shareholders of closely-held corporations.

The issue of salary clawbacks has likely become more salient, and we are likely to get better guidance, as a result of Dodd-Frank and SEC rules that will require executives to pay back incentive compensation to which they were not entitled.

But the SEC passed its new rules last year, meaning the tax consequences have not been teased out in the courts and with the IRS yet. So we don’t have super-clear guidance.

That doesn’t really matter for executives, of course: they can afford tax advice, and, as a matter of course, probably get it.

That same level of advice is probably out of reach of most former soldiers who have to pay back their bonuses. That’s not to say they can’t take the deduction, but it is to say this: they probably won’t.

I mean, it turns out that TurboTax (and, I assume, most other tax software) can handle section 1341 deductions. I suspect that H&R Block and other retail tax advisers can, too. But the former military member would have to know that the deduction existed, and would have to figure out herself that she qualified for it (which, as I’ve tried to suggest, she probably does, but it’s not completely clear).

And I don’t know how many people will know in the first place that this deduction exists. It’s not intuitively obvious that they qualify for a deduction. After all, individuals can’t deduct most amounts that they spend. And with a 10-year lag, I suspect it won’t occur to most of the bonus recipients that they already paid taxes on the amount they’re repaying—after all, some significant portion of them are going to be more worried about finding $15,000 to repay to the government than they will be thinking about the proper tax consequences.

How can we solve the problem? I mean, the best way is for Congress to pass legislation that doesn’t require soldiers to repay their bonuses.

If Congress won’t do that, though, I do have one suggestion: have the IRS draft a targeted revenue ruling stating that it will not challenge those soldiers being clawed back if they claim a  section 1341 deduction. Then have the Pentagon or the California National Guard write to each person subject to the clawback and explain that they can deduct the amounts they repay, and somehow signal that they should use section 1341.

It would be the right thing to do.

[fn] Note that Congress is outraged, too, so there’s at least a chance it can fix the problem. After all, it did allow winning Olympians to not pay taxes on their Olympic prizes.

6 thoughts on “Outraged Yet? A Tax Reason the Pentagon’s Clawback Sucks — Updated”