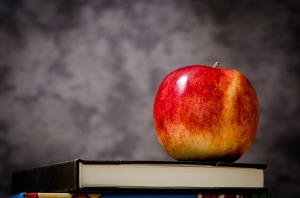 Sam Brunson and I discuss an AP story “White Nationalists Raise Millions with Tax-Exempt Charities,” by Michael Kunzelman on a Cooking the Books  Podcast today on Sparemin.  The recording quality today is not the best, but I really liked the conversation a lot and hated to throw it away. I try to summarize it a bit below. Give it a listen. Let us know what you think.

Many might be surprised that these organizations that educate people about the righteousness of the superiority of the “white race” are operating openly under IRS approval as tax exempt organizations. It means that the US government effectively subsidizes the operation of these organizations through tax deductible charitable contributions and exemption for any income they earn.

How do they qualify? The primary argument must be that they are educational. The difficulty with this claim is that the IRS had success in the 1980s and 1990s in denying the tax exemption of two similar groups the National Alliance and the Nationalist Movement. This IRS CPE talks about those cases.

Famously the IRS lost a case against an organization called Big Mama Rag, a lesbian feminist magazine. The IRS denied Big Mama Rag in part because it argued that the magazine was not educational. The DC Circuit Court of Appeals found that the IRS regulations on the idea of education were unconstitutionally vague and thus could not apply in the case of Big Mama Rag. I have my issues with whether the court was right on the constitutionality of the regulations, but generally agreed that the IRS was probably wrong in denying Big Mama. This case also suggests an important feature that the IRS must balance in assessing these groups: the extent to which freedom of speech requires the IRS to allow these organizations tax status. I believe SCOTUS was clear in Bob Jones that the government need not subsidize such organizations.

At about the same time as the IRS was challenging Big Mama Rag, it was also challenging a white nationalist group in court on the basis of its failure to be educational. The IRS was successful in that challenge. At the same time though it implemented Rev. Proc. 86-43 which sets forth a series of factors for the IRS to consider in evaluating whether an organization is educational. The IRS used that system to determine that the Nationalist Movement was not educational and successfully defended denying that organization tax exemption at the US Tax Court (affd per curiam at the Fifth Circuit Court of Appeals 1994).

The point though is that the IRS had successfully denied similar organizations in the past. Why are they not applying these same principles to these groups? It is possible at least that a factual analysis of all the factors of each of these groups would lead to a conclusion that they are in fact educational. This seems hard to accept given that these groups are apparently espousing the same ideas as these other two groups. They should not be able to pass the IRS revenue procedure on education. There are two answers, but neither are satisfactory to me for a reason that Sam brought up.

Reason 1: As I say in the story the IRS reviews tens of thousands of organizations annually and does not have the capacity to review every case. This means that some of these organizations, say the New Century tion, might have just slipped through. As Sam notes in our conversation, the name certainly does not raise any issues. Still, New Century has been around since 1994, and it would seem that the IRS would have become aware of their activities and could apply the precedents upon which they have been successful.

Reason 2: The IRS is afraid. This seems like a reasonable argument after all the Tea Party difficulties that the IRS experienced, BUT . . . the IRS has denied other controversial groups tax exemption who are ostensibly educating as well. See: Principle Voices of Polygamy private letter ruling where the IRS denied a group advocating for polygamy on the basis that what it violated public policy by advocating for something that is illegal. The point is that the IRS went after an advocacy group in 2013. With that said, the Tea Party controversy occurred in 2013 and so maybe this is a reason it would not go after such groups now. But why not before? Still a bit of a mystery to me.

Will it now? Probably not. Particularly with a Trump administration in power, it is unlikely to be interested in pursuing such a group. Could anyone else? Nope. Under SCOTUS precedent, it appears no one else has the standing to challenge such an IRS determination.

The Chronicle of Philanthropy takes a look at a bigger cross section of these groups here.

UPDATE: Eugene Volokh published an op ed on this issue in the Washington Post pointing out that the IRS cannot deny groups simply because of their point of view and particularly because they are “hate groups”. He notes that I “point to” the polygamy ruling above. Not sure if he thought I pointed to it necessarily positively. Since I was not as clear as I might have been, I note that I generally agree with Volokh on the worrisome nature of that ruling.  In a comment I made below, I stated: I agree that the question of whether fundamental public policy applies where an organization allows anyone to join and does not actually discriminate on the basis of race is a fraught one. The content and viewpoint of the organization should not matter. However, see the polygamy ruling, which seems to find that the organization does not qualify because it is advocating for something that is antithetical to public policy. A similar thing was found in Mystery Boy regarding an organization advocating for pedophilia. I have trouble with both rulings because they do seem to be based in some significant part on viewpoint. I think, however, in at least the white nationalist situation, the Rev Proc 86-43 factors are likely in most instances to lead to a finding that those activities are not educational because they probably violate all 4 factors.

One additional matter: I wrote this and discussed it in a podcast with Sam because I thought that the IRS has been inconsistent in its application of the law to white nationalists and other controversial groups. I find this in itself troubling and worth remarking upon.  That might be a result of confusion as to what Bob Jones public policy limitation means, or it might be confusion on what being a charitable organization should mean. If I get the moment, I might try to write more significantly about the complexity involved here.

6 thoughts on “White Nationalists Groups are Charitable? Apparently so According to IRS (Cooking the Books Podcast)”