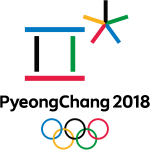 I love the Olympics. Like, a lot. I mean, I realize that hosting the Olympics is basically a gigantic financial sinkhole. And I understand that the Olympics aren’t part of a massive geopolitical power struggle anymore. But the athleticism! the competition! the near-perfect score on a third run, after you lost a ski on your first two! I love it.

And, of course, I love the tax aspect to the Olympics, a tax aspect that has changed significantly for the last two. See, medalists don’t just get a valuable medal and an adorable stuffed tiger: the U.S. Olympic Committee pays Olympians $37,500 for a gold, $22,500 for a silver, and $15,000 for a bronze.

And, since the Rio Olympics in 2016, (most) medalists don’t have to pay taxes on that prize money.

On October 7, 2016, President Obama signed the United States Appreciation for Olympians and Paralympians Act of 2016.[fn1] The Act amended section 74 of the Code, which provides that, in general, gross income includes prizes and awards. The Act added subsection (d), which allows most Olympians and Paralympians to exclude from their gross income the amount awarded by the U.S. Olympic Committee, as well as the value of the medals they receive.[fn2]

Actually, that’s not entirely true: the exemption has a ceiling. Any Olympian who has adjusted gross income (ignoring the prize money) of more than $1 million has to include the prize money and the value of the medal in gross income. Mostly, that’s irrelevant: the average Team USA athlete apparently earns a salary of $22,500. But it will bring some winnings into the taxable fold. For example, Forbes estimates that Lindsey Vonn earns about $5 million, and Shaun White earns an estimated $4 million. With a bronze and a gold respectively, that means that the U.S. will tax at least $60,000 of Olympics winnings.[fn4]

[fn1] I wrote about it during the Rio Olympics, while it was still under consideration.

[fn2] Query whether they have to include the value of the stuffed tiger?

[fn3] Fox Business seems to have missed the fact that the law was, in fact, passed. (Perma.cc link here in case they correct it.)

[fn4] Though given that it’s only February, Vonn and White probably still have the ability to earn less than $1 million this year, if they really want to avoid paying taxes on their Olympics winnings.