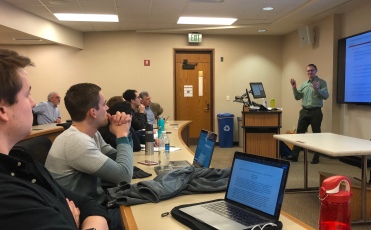 The article is fascinating and a compelling read. The idea that people think separately about taxes and transfers seems very plausible. I had not thought before about the idea of desert applying to pre-tax income but it is quite persuasive. It adds a further layer to the argument I made in a 2004 article titled “The Entrepreneurship Effect.” That article argued that the Internal Revenue Code systematically favors business deductions over investment deductions; the difference between them is that the former require labor and the latter do not; and this reflects societal favoritism for entrepreneurship. The idea that “desert” particularly inheres in labor income adds a layer in that it helps source the societal value put on labor income and entrepreneurship.

It is very plausible that the government will never redistribute through the tax system as much as some people would like. And the government probably could redistribute more through non-tax policy than it does, in part because it could do so through facially neutral policies, as Zach points out. As he mentioned, that could be as simple as valuing the time of high-income and low-income people equally when deciding where, for example, to allocate transportation funds. (Equal allocation would be a move away from the efficiency-based approach of allocating based on the value of each person’s time.)

However, do the majority of U.S. voters actually want more redistribution than we currently have? Politicians may decry income inequality, but that could be empty words. Zach convincingly argues that “people care a great deal about access to necessities. Even Republican politicians talk about access to healthcare, for example.” (p.24) But what if there is majority consensus only for redistribution to provide necessities to the poor—some baseline level of food, healthcare, and shelter? In other words, what if, although some people would like to see much more redistributive transportation and other policies, there is sufficient consensus in the U.S. only to redistribute enough resources to preclude prevalent homelessness, starvation, and illness? Arguably, that could help explain why we do not have the same level of social safety net that most European countries have, for example.

If that supposition is correct, it may also link to U.S. notions of “desert.” For example, it could be that sufficient voters feel that those who do not work hard do not “deserve” more than minimal levels of government assistance except if they fall into a special category, such as the elderly—who likely worked hard in the past. If this supposition about voters were to turn out to be correct, would it still be wise to try to increase redistribution through transportation and analogous non-tax policies? It would be if the goal is to reduce income inequality, which Zach’s argument takes as a premise. But, it is worth noting that, in this hypothetical scenario, the recommendation would no longer rest on the notion that a majority desire for further redistribution is left unfulfilled by current non-tax policies.

As all this suggests, the paper is thought-provoking and its ideas are extremely useful for policy analysis. It led to a very stimulating discussion. Thank you again to Zach for sharing with us his ambitious and thought-provoking draft, and for a terrific talk!

Maurer’s Tax Policy Colloquium series will continue on March 5, 2020, with Prof. Orly Mazur from SMU Dedman School of Law presenting “Can Blockchain Revolutionize Tax Compliance?.” The rest of the schedule is available here.