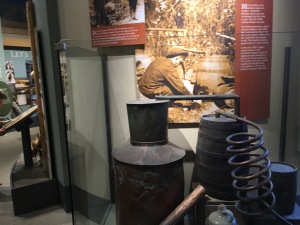 This will be the third in my series of tax-in-the-National-Parks posts. (I’m as surprised as you.)[fn1]

We spent a couple days camping at Great Smoky Mountains National Park. At the Oconaluftee Visitor Center, there were a series of displays about Appalachian life.[fn2] As I was looking at the moonshine still, I noticed this sign: END_OF_DOCUMENT_TOKEN_TO_BE_REPLACED

In the aftermath of Chuck Berry’s death on March 18, I learned that I’m way more familiar with his music than I had realized. I’ll confess that I never spent a lot of time thinking about Chuck Berry, but his songs (it turns out) were an accidental soundtrack to my growing up. My dad had two or three oldies stations programmed into the radio, and Berry’s music was ubiquitous on their playlists. And many songs I’m partial to have turned out to be his. (I’m thinking particularly of Nina Simone’s cover of “Brown-Eyed Handsome Man.”)

Still, I’m not a big enough fan to try to write about Berry on a tax blog. Or, rather, I wasn’t until last night, at the gym. As I listened to Sound Opinions, I learned that, like so many musicians, Berry had a run-in with the IRS. END_OF_DOCUMENT_TOKEN_TO_BE_REPLACED