For the last several months, I’ve been meeting a guitarist and sometimes other musicians at a Chicago park to play outdoor socially-distanced jazz. This Sunday, driving home, my wife asked me if we knew what Trump had paid in taxes. “Of course not,” I confidently responded. “It looks like we do now,” she said.

And with that, my work goals for this week changed. I’m sure everybody reading this has seen Sunday’s New York Times story (and probably also its follow-up from yesterday). Along with a ton of other tax people, I’ve been trying to make sense of and contextualize the story, both to myself and to the public. And I’ve largely been doing my thinking in real-time on Twitter.[fn1]

I thought that I’d assemble a lot of those Twitter threads here into one place. At most I’ll lightly edit them and I’ll link to the actual threads on Twitter, too. Because over there I included GIFs on almost every tweet and I think I outdid myself. The relevant content will be here, though. END_OF_DOCUMENT_TOKEN_TO_BE_REPLACED 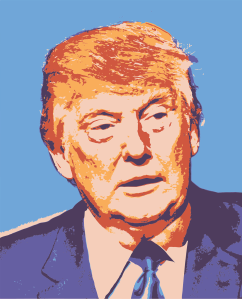 Much attention is being paid to how Donald Trump could have amassed a $900 million NOL in the mid 90s. I remain laser-focused on the Donald J. Trump Foundation.  For this blog post I ask the question: could Mr. Trump’s misuse of the private foundation that he leads result in criminal sanctions under tax law?

I think there is enough evidence to open a criminal investigation into his activities. Nevertheless, a criminal prosecution is highly unlikely for both political reasons and issues of proof (ignorance of the law is a defense). Still, I think the IRS has a duty to open an investigation under the egregious set of facts I lay out.

Here is the important thing to keep in mind as you consider the arguments I lay out in this post: Donald Trump does not own the Foundation and its property does not belong to him. It does not matter from whom the money came. He is the president of a nonprofit organization that is entrusted with money to be used for charitable purposes that benefit the public. END_OF_DOCUMENT_TOKEN_TO_BE_REPLACED